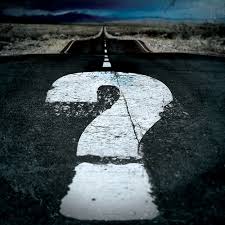 I had another session with the therapist on Tuesday. It was actually perfect timing since I certainly had a lot of stuff to share with her.

I started the session by asking if she had any housekeeping announcements. She looked confused (I was not particularly clear on why I asked that question, so it ended up being really weird and abrupt), but then I think she realized I was trying to set the stage to start talking about something important. So she quickly reviewed some “in the works” stuff and then it was my turn.

I wasn’t entirely sure how to even begin to explain what happened or how I felt about it. I was totally overwhelmed. So I started with a story within a story and told her about René and the zodiac sign. Then, without stopping to connect the two, I said that Zooey and I had our “final communication” that started with a voicemail on Friday night and ended with an email on Monday night. I then told her that once I explained what happened, my story about the zodiac sign would all make sense. Or so I hoped.

She said, “Okay. Well I’m wondering what was going on that made you want to call her on Friday?” To which I said “I’ll tell you exactly why I called her” and pulled out a printed copy of the post I wrote after leaving Zooey a voicemail. I read it to her. Then I read the post about Zooey’s response to my voicemail, as well as the post about my request for clarification which also had Zooey’s follow-up email and my reactions to it.

It was a lot at once, but she seemed to track well with me and it was helpful to have these chronological “live action” posts to explain everything in a succint and orderly manner. Otherwise I probably would have just been talking in a million different directions and ended up incredibly frustrated with myself.

After I read the blog posts, I took a deep breath and told her that I also had the final letter that I emailed to Zooey on Monday night. She said, “Well let’s hear it then!” So I read it to her, which was just as hard and emotional to do as I’d imagined it would be.